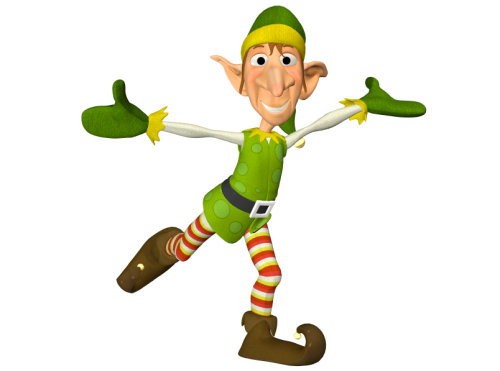 An elf (plural: elves) is a type of human-shaped supernatural being in Germanic mythology and folklore. In medieval Germanic-speaking cultures, elves seem generally to have been thought of as beings with magical powers and supernatural beauty, ambivalent towards everyday people and capable of either helping or hindering them.However, the details of these beliefs have varied considerably over time and space, and have flourished in both pre-Christian and Christian cultures.

The word elf is found throughout the Germanic languages and seems originally to have meant ‘white being’. Reconstructing the early concept of an elf depends largely on texts, written by Christians, in Old and Middle English, medieval German, and Old Norse. These associate elves variously with the gods of Norse mythology, with causing illness, with magic, and with beauty and seduction.

After the medieval period, the word elf tended to become less common throughout the Germanic languages, losing out to alternative native terms like zwerc (“dwarf”) in German and huldra (“hidden being”) in Scandinavian languages, and to loan-words like fairy (borrowed from French into most of the Germanic languages). Still, beliefs in elves persisted in the early modern period, particularly in Scotland and Scandinavia, where elves were thought of as magically powerful people living, usually invisibly, alongside everyday human communities. They continued to be associated with causing illness and with sexual threats. For example, a number of early modern ballads in the British Isles and Scandinavia, originating in the medieval period, describe elves attempting to seduce or abduct human characters.

With urbanisation and industrialisation in the nineteenth and twentieth centuries, beliefs in elves declined rapidly (though Iceland has some claim to continued popular belief in elves). However, from the early modern period onwards, elves started to be prominent in the literature and art of educated elites. These literary elves were imagined as small, impish beings, with William Shakespeare’s A Midsummer Night’s Dream being a key development of this idea. In the eighteenth century, German Romanticist writers were influenced by this notion of the elf, and reimported the English word elf into the German language.

From this Romanticist elite culture came the elves of popular culture that emerged in the nineteenth and twentieth centuries. The “Christmas elves” of contemporary popular culture are a relatively recent tradition, popularized during the late nineteenth-century in the United States. Elves entered the twentieth-century high fantasy genre in the wake of works published by authors such as J. R. R. Tolkien; these re-popularised the idea of elves as human-sized and human-like beings. Elves remain a prominent feature of fantasy books and games nowadays.